Racism In Australia And Its Effect On Immigration 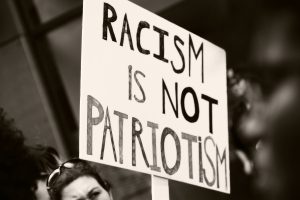 A country is made of its people. These people could be natives of that country or immigrants. Immigration is a great way of strengthening a country in terms of talent and service. Immigrants help in meeting the demographic’s needs of a country. However, there are varied concerns around immigration such as racism, congested commutes, costlier housing and a fear of handling a multicultural society due to which immigration becomes a matter of deeper ambivalence.

Racism in Australia has been pretty evident, thanks to the incidents blown on media channels, negligence by Government towards United Nations Human Rights standards! Every country has its own norms and restrictions and Australia may be suffered from bad experiences from immigrants due to which every PR application undergoes strict vigil. The influx of productive talent is definitely at stake but with so much in this world, the immigration matter is not that simple.

Why are people attracted to Australia?

Australia is a land of opportunities. Large infrastructure projects, commercial developments, booming accounting and finance sector due to increased trade, digital marketing, advertising and advancements in technology require expertise across all disciplines. This is the reason why people want to boom their career in this budding country, but racism is impacting the enthusiasm in people. People sign-up for Australia PR application from Singapore, Ireland, United Kingdom, Asia and many other regions of the world. But few are genuinely rejected and few fall preys to racism.

Society is deeply stricken by racism

If the people of the country are reminded of their colour when they speak up, a country is termed as deplorably racist. There are many such incidents which clearly points fingers towards racism in Australia (even if the political class of the country denies!). The hard facts can’t be disoriented to hide the reality behind it. Having said that, it is also true that Australia is not the only country that suffers from racism. Discrimination hate speech and racial prejudices infect the lives of people in many countries. But the countries strictly follow anti-racial and anti-discrimination laws which are believed to be selective in context of Australia.

We live in a media saturated society where lake is termed as ocean at times! It is certainly impossible to turn a blind eye towards racism in Australia but at the same it is worthy to note that anti-social behaviour also becomes the reason of racism. Immigrants should follow the social norms and rules of the country. Poor understanding of country’s policies and aesthetics lead to such incidences. The unfortunate part is that media jumps at the shadows to make a news out of racist behaviour. As a resident of Australia, it is responsibility of everyone to contribute towards making it a cohesive and harmonious society. Consuming content from social media and newsfeeds is like a self-medication, you should not overdose until you are sure of repercussions.

This certainly doesn’t mean that Australia’s attitude towards race is justified and people who are older face it more than the children. On a positive front, it should not surprise anybody that racism is not for the weak hearts, it emboldens!